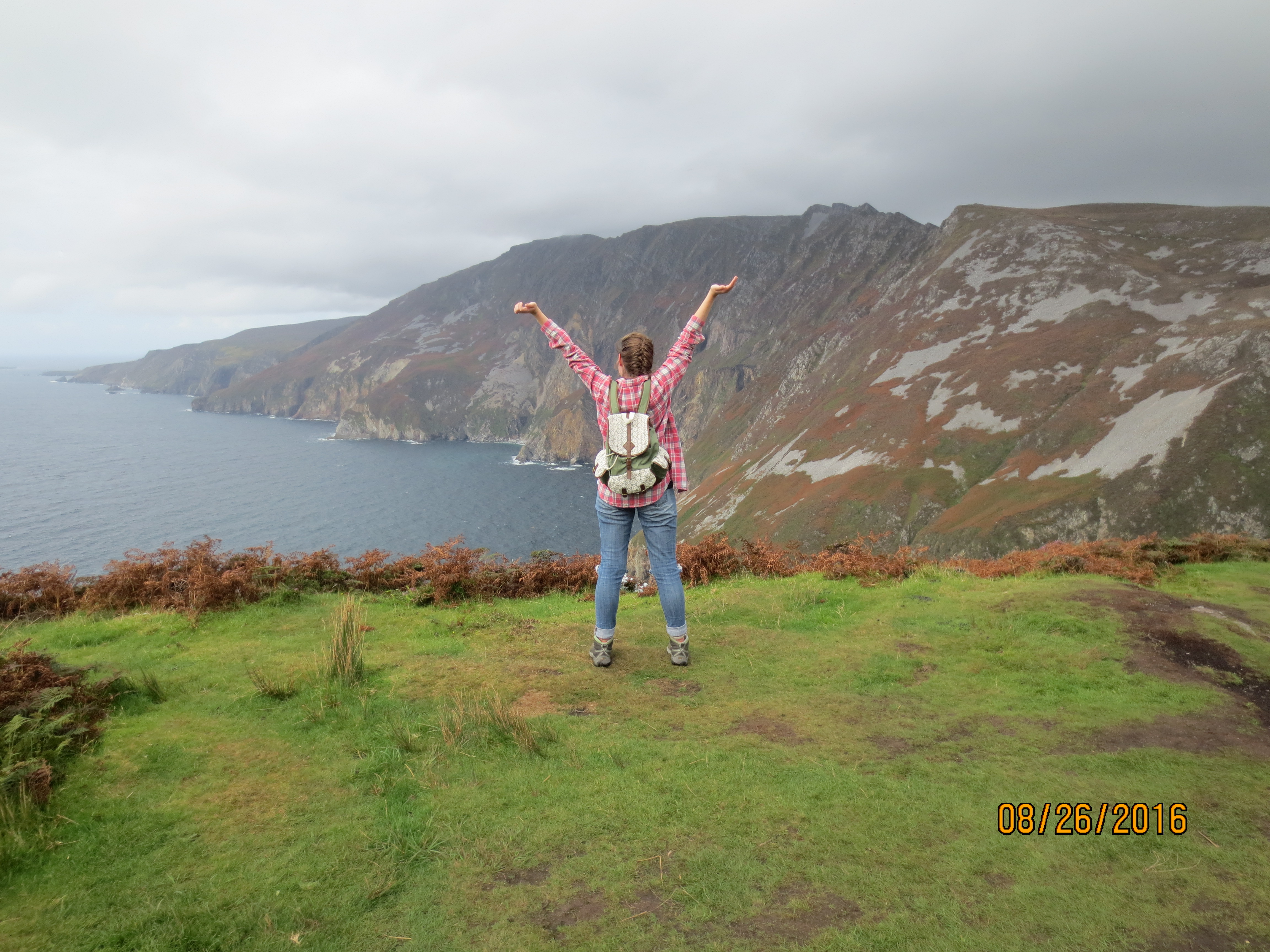 I pulled the blanket tighter around me as the walls shook in the Irish wind. The old house is drafty even on the warmest days, and one can only drink so many cups of tea to fight the chill. With my laptop sitting open on my lap, I opened my most recent novel manuscript and reached for my iPod. I flipped through one overheard playlist after another, searching for something fresh that would spark my imagination on that late September evening in a village near Dublin.

It was cold, as autumns in Ireland tend to be. The spicy scent of apple cinnamon tea drifted toward my nose from the mug on the side table. The lights were low, and my feet were wrapped in thick wool socks. What I’m trying to say is, the mood seemed right for the first time in nine months. I did it. I clicked the Celtic Christmas playlist. And I’m 0% ashamed, so don’t even try. It was almost my regular time, after all. In the USA I usually hold off until October, but in Ireland autumn comes sooner. Fruitcake is appearing in the grocery stores and my favorite coffee shop just added pumpkin spice Chai to the menu. The time was ripe, like hundreds of pumpkins in my Old Kentucky Home will be soon. The first notes brought with them a string of vibrantly-colored memories, tinged with the scent of almond extract and peppermint. All at once I could see my sister’s harvest decorations on the front porch, closely followed by my mom’s glittering Christmas displays. I could feel the branches of my family’s artificial tree scratching my face as I lay beneath it on the rug, staring up at the multi-colored lights. A wave of homesickness washed over me as I remembered the pumpkin picking, jack-o-lanterns, Halloween costumes, and hayrides I would miss. But even stronger than that was the excitement of knowing I’d be home just in time for the long-awaited festivities of Thanksgiving and Christmas. I’d miss the leaf piles and candy swaps, but I’d make it in time for my mom’s mashed potatoes and a few rare smiles from my high school-senior brother on Christmas morning. They say there are some things a kid never outgrows, but in a way some of us do. While we still feel a great nostalgia and warmth around the holidays, we lose a bit of the childish wonder and excitement. We stop leaving carrots out for the reindeer or staying up all night on Christmas Eve. I can say with some pride that my two siblings and I are some of those rare types who never really lost that, and I think because my dad never really did. Around the holidays he transforms from a forty-something small business owner to a boy whose eyes light up during the first Advent reading and who insists on that one green-and-red checkered bathrobe on Christmas morning. He taught us the sacrament of setting up the tree together, and the special peace of December 23rd, right before all the craziness starts.

I’m often made fun of because of the childish excitement that the holiday season brings me, and my family is at times reprimanded by other well-intentioned Christians who balk at our tradition of each receiving one gift from Santa Claus (despite the fact that none of us believe in him any longer). I don’t care. Jesus calls us to become like little children. I think it’s short sided, and almost wrong in a way, to deny the childlike wonder of Christmas in the name of keeping the “true meaning” at the center. I would like to testify that I was a firm believer in Santa Claus until the age of nine and the nativity was still my favorite part of Christmas. You can have both. Reindeer and red sleighs don’t necessarily mean a gift-centered frenzy that kicks Christ to the curb. I guess I don’t care whether you let your children believe in Santa Claus or not. That’s not the point. But however you celebrate the holidays, I would implore you to make them special. Keep some traditions.  Make a mess. Let a few ornaments get broken. Choose a favorite Christmas album. And listen to it in September if you feel like it. There’s an insane beauty in this time of year that we’re just on the cusp of. I’m not saying that everyone needs to turn into a seven-year-old come October 1st. Few people can do that. But celebrate. Feel a little wonder. Even if it’s only for the sake of a crazy writer who loves her Irish home but misses that old one in Kentucky, too.