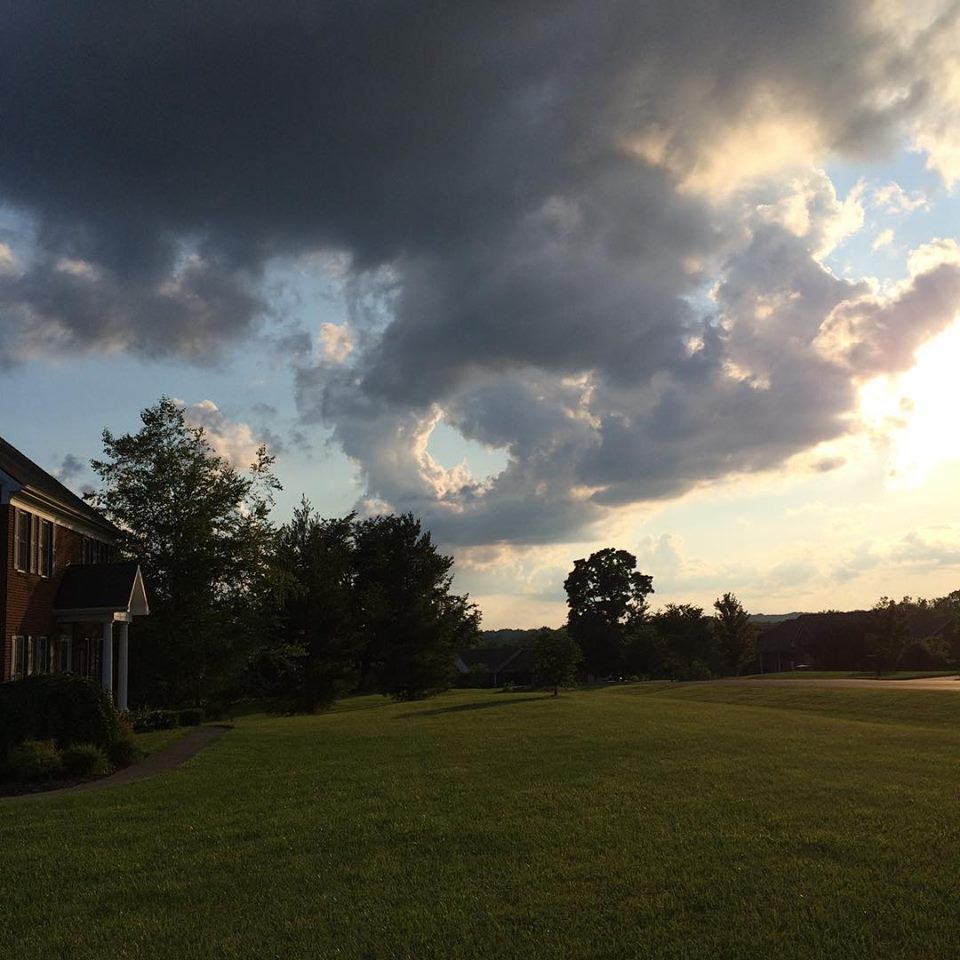 I think it’s safe to say that I’m in love with the sky. When I was little my dad used to take me out on the driveway with his big telescope and point out the constellations. He’d tell me stories about them and the people they were supposed to represent. It’s hard to see a person attached to Orion’s belt or Cassiopeia’s “W”, but I always tried.

In the past years, though, I’m often too busy to stay outside and watch the stars. I think it’s a common problem. I wrote this poem the other night during a particularly  beautiful sunset. I just hope it reminds you, as it reminds me, to look up every once in awhile.

No better palace for the human imagination.

Let those who wonder, wonder at it,

Those who seek, search out its secrets,

And those who dream become its friend.

Let them be warmed by the purple clouds hanging low over a world in twilight,

And pull a star-dusted covering over themselves at night.

Let them never lose their awe of the sun’s golden fire caught in the black net of the trees,

Let them treasure it like a child holding a firefly in her cupped hands.

May the North Star be their guiding light,

The moon their solace,

And the Milky Way their dance floor.

May they blush the pink of dawn,

And drink from a starry dipper all their lives.

May they know Virgo, Capricorn, and Gemini by name.

May they speak to them, and hear their song in return.

May their imaginations have cause to take to paper,

Though their task is impossible.

Let them write, and sing, and dance, and paint,

Though they will never describe their subject in full.

How oft forgotten is the beauty that so easily ensnares human hearts,

When we need only look up.